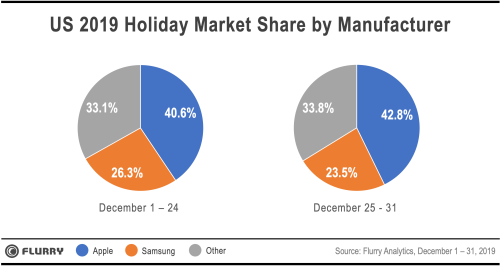 The week between Christmas Day and New Year’s Day in the United States is the most prolific for device activations, app downloads and app usage. A wave of new devices flood the market as phones are given as gifts during the holiday season, followed by consumers loading them up with apps. Christmas has become a battleground for Apple and Samsung, each fighting to capture share in an increasingly saturated market.