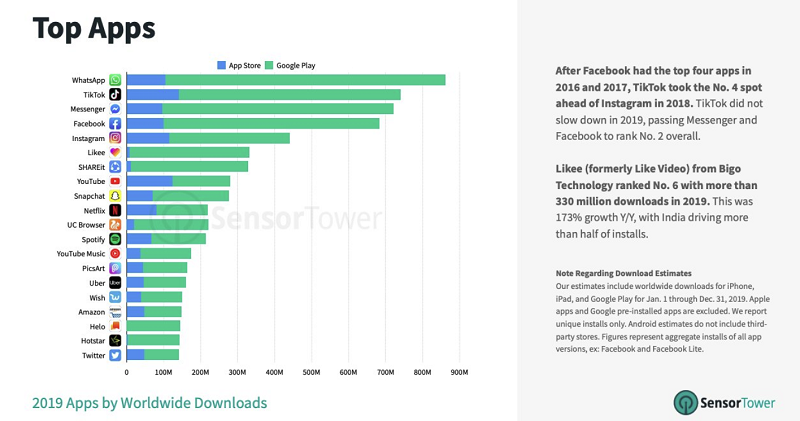 Last month, Apple released its listing of the most downloaded apps on the App Store for 2019, which showed that Facebook and Google held six of the top ten spots, underlining the dominance of the digital giants. Recently, app analytics provider Sensor Tower published its latest data report, which includes, among other elements, its own listing of the most downloaded apps of 2019, covering both Android and iOS activity.

Link: Facebook Dominates Most Downloaded Apps of 2019 Listing, Covering Both Android and iOS
via http://www.socialmediatoday.com