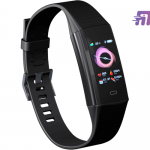 Gaming pushed the world to its limits with different console and PC games debuting on smartphones through Google and Apple’s app stores. Now, Microsoft adds a new Xbox Beta Application that will complete the gaming experience brought to Android and iOS users. The latest beta application is proudly revealed by Microsoft’s Xbox and will let users play their favorite console titles right on their phone with a controller.