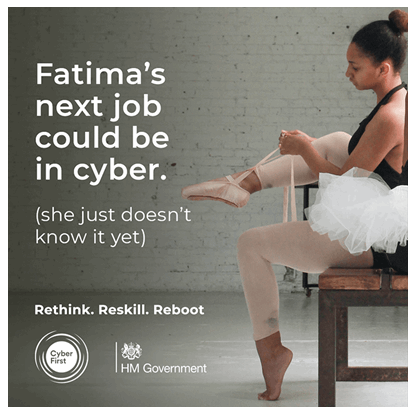 The culture secretary, Oliver Dowden, has condemned a “crass” advertising campaign which suggested a ballet dancer could “reboot” their career by moving into cyber security. The advert, part of the government’s Cyber First campaign, featured a young dancer tying up her ballet pumps alongside the caption: “Fatima’s next job could be in cyber (she just doesn’t know it yet).” It adds the slogan: “Rethink.