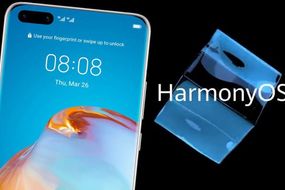 The mobile beta for HarmonyOS began in China last month, with the first footage of the OS in action emerging soon afterwards. From this early footage it looks like HarmonyOS will have a similar look and feel to EMUI, but run much smoother and faster. Elsewhere, following the launch of the beta a few interesting tidbits of information have emerged about HarmonyOS.

Link: Huawei’s new Android rival aims to take a huge chunk of marketshare from Google this year
via http://www.express.co.uk