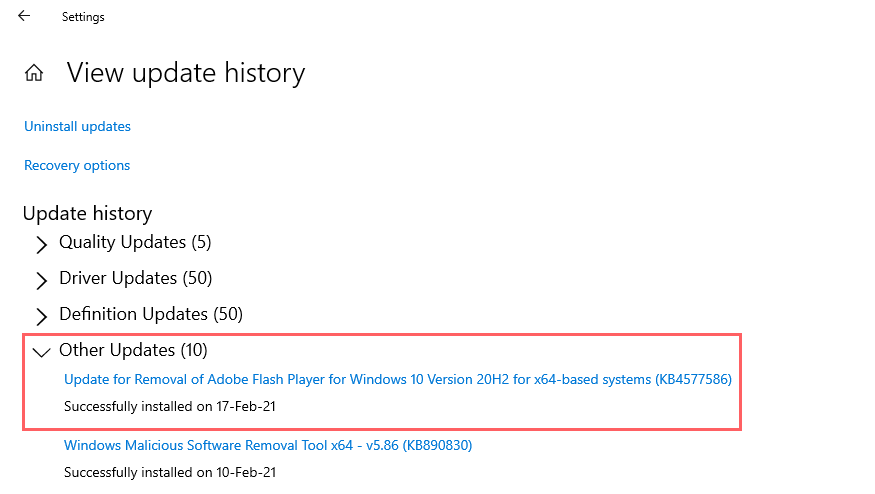 Microsoft has begun deploying this week KB4577586, a Windows update that permanently removes the Adobe Flash Player software from Windows devices. The update was formally announced last year at the end of October when Microsoft and other browser makers were preparing for the impending Flash end-of-life, scheduled for the end of 2020.