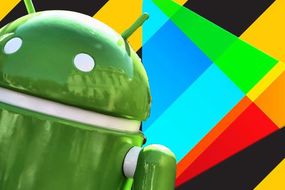 Link: One thing Android users must know before downloading any more apps from the Play Store
via http://www.express.co.uk