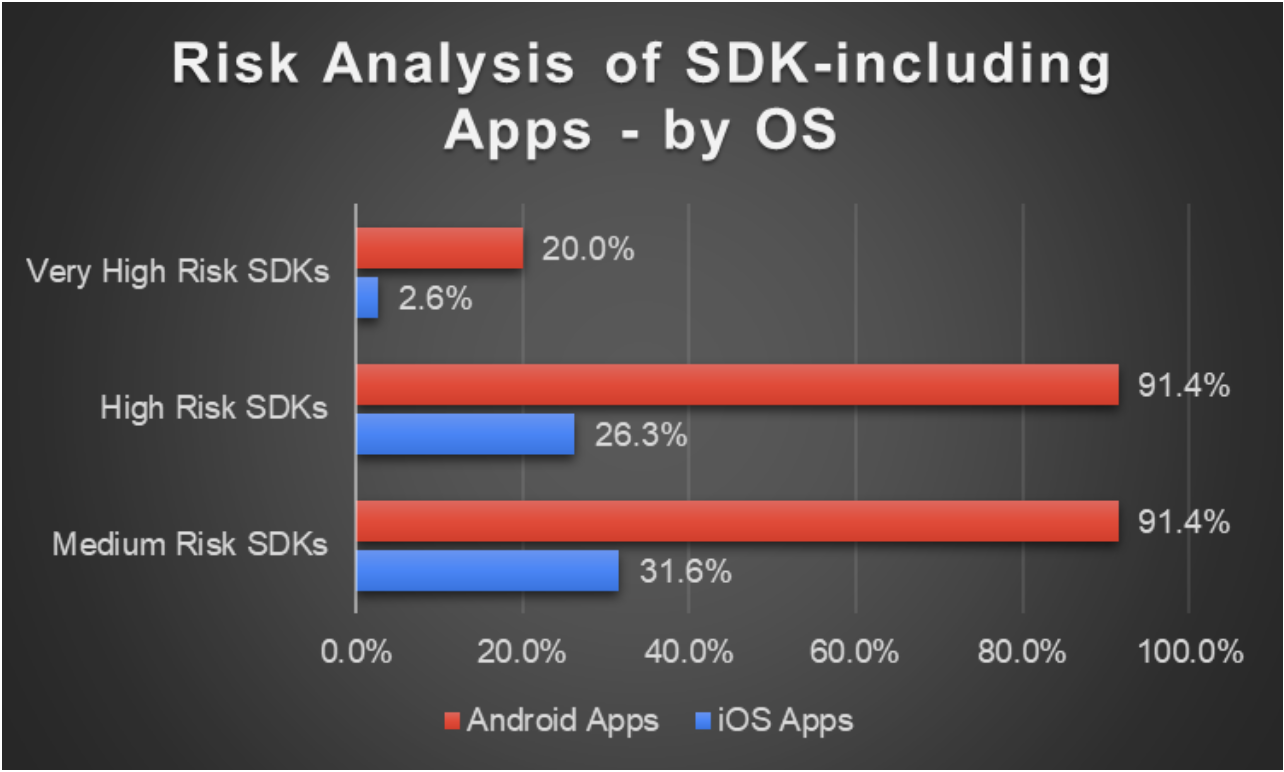 A new study published today takes an in-depth look at how apps used in schools are sharing children’s data with third parties. The research found the majority of school apps transmit data and that Android is 8x more likely to be sending that data to “very high-risk” third parties than iOS. The new study was performed and published by the Me2B Alliance, a nonprofit with the goal of “fostering the respectful treatment of people by technology.” It included a random sample of 73 mobile apps used by 38 schools, “covering at least a half a million people (students, their families, educators, etc.) who use those apps.” In the big picture including both iOS and Android, Me2B found 6 out of 10 school apps send student data to third parties and that on average, “each app sent data to 10.6 third-party data channels.” The analysis found that the majority (60%) of school apps were sending student data to a variety of third parties.