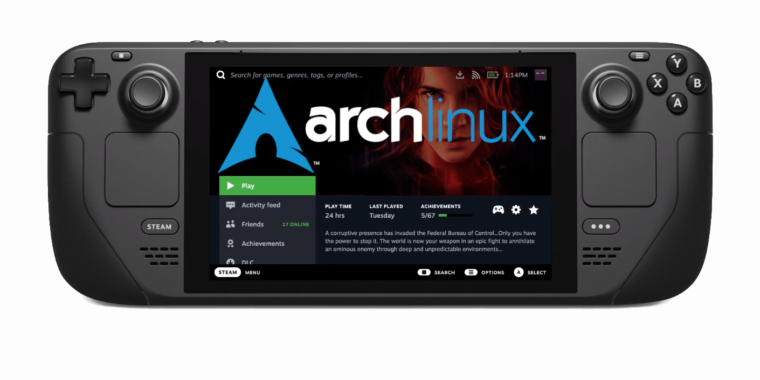 Enlarge / SteamOS is rebasing from Debian to Arch Linux for the Steam Deck. As long as Valve puts in plenty of ongoing maintenance work, we think it’s a smart move.

As Ars Technica confirmed in May, two months ahead of its official reveal, Valve is about to re-enter the hardware space with its…

Link: Valve’s upcoming Steam Deck will be based on Arch Linux—not Debian
via arstechnica.com