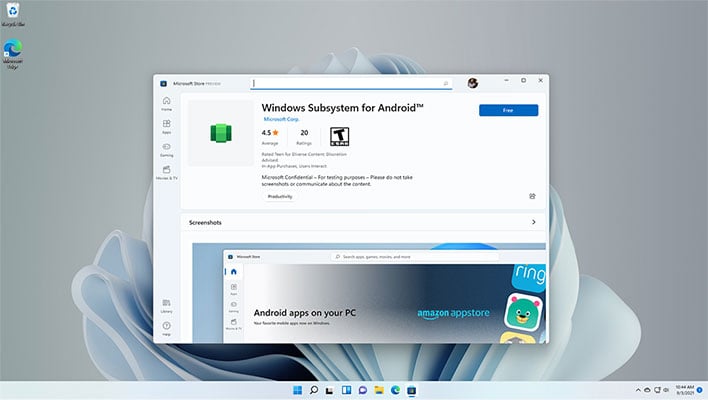 A key component for getting Android applications to play nice in Windows 11 has made an appearance in the Microsoft Store. It is called Windows Subsystem for Android, though don’t get overly excited about its availability—yes, you can mosey on over to the Microsoft Store and download it, but at present, it does not appear to do anything.