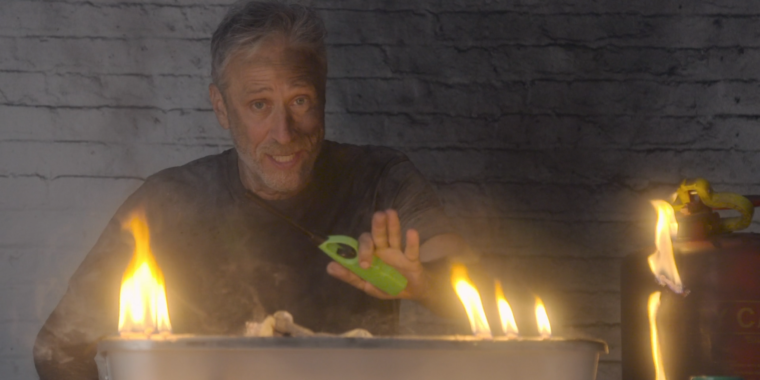 Enlarge / Jon Stewart is back on TV to set some things on fire.Apple TV+ / Busboy

In Jon Stewart’s first-ever conversation with an Apple TV+ studio audience, he offers a curious send-off—in fact, it argues against the point of his new multi-million dollar hosting deal. “You’re probably just…