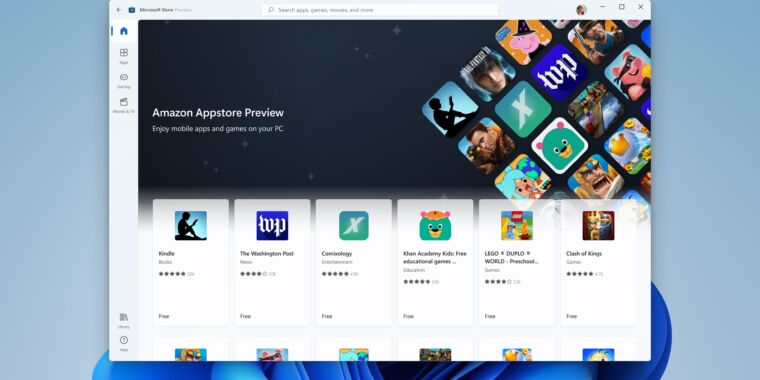 Windows 11 shipped without the promised support for Android apps from the Amazon App Store, but Microsoft has announced the first preview of the feature for Windows Insiders in the Windows 11 Beta channel today.
The initial…