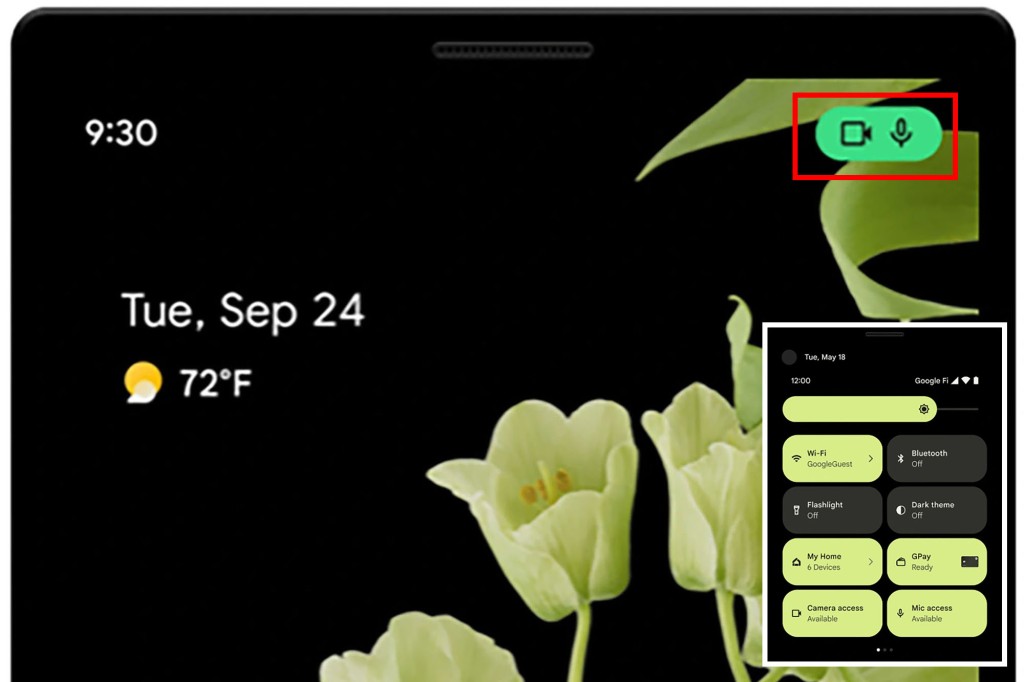 Google is warning millions of Android users when apps might be spying on them.
The new feature alerts users when the microphone or camera has been activated.
It’s very similar to a warning that already exists on Apple’s rival iPhone.
The Google feature was added to phones in the latest Android 12…