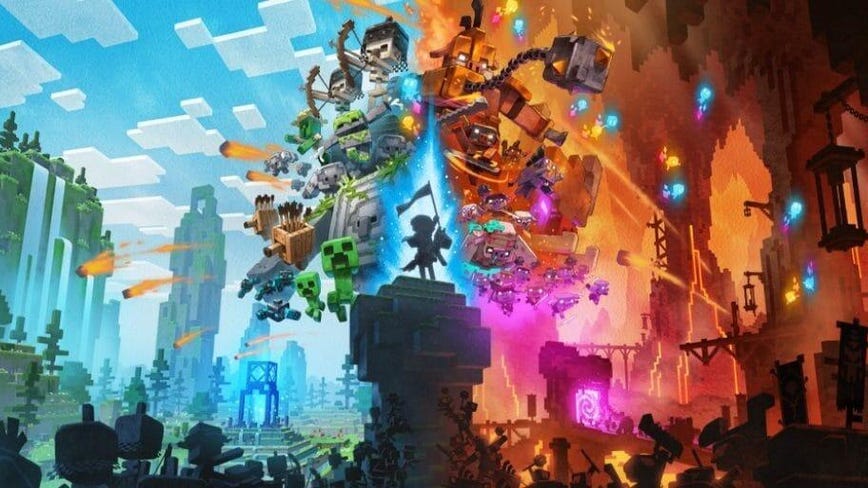 Microsoft is expanding its world of Minecraft into a new action-adventure game, Minecraft Legends. The title, which is coming in 2023, asks players to explore the Minecraft world as it’s being invaded by an evil force. Microsoft’s Mojang studios, which makes Minecraft, described the new game as a “familiar yet in-many-ways-new” experience, focused more on strategy and battle.