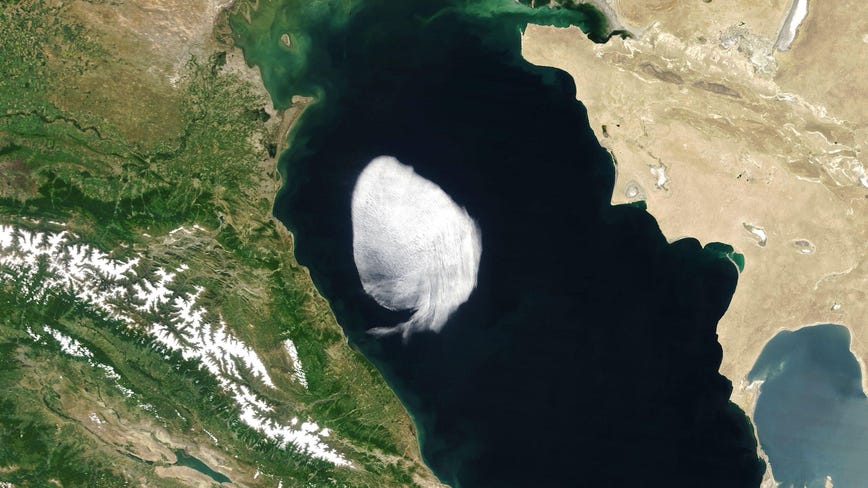 NASA’s Earth-watching Terra satellite peered down from space on May 28 and caught sight of something unusual floating over the Caspian Sea, the world’s largest inland body of water. A wild cloud appeared, and it looked like an artist had a hand in its design. The NASA Earth Observatory team shared the cloud as an Image of the Day on Thursday, calling it “more peculiar than most” and saying it had “well-defined edges resembling something from a cartoon.” The cloud stretched across about 60 miles (100 kilometers) at an altitude of around 5,000 feet (1,500 meters). .

Link: Odd ‘Cartoon’ Cloud Spotted by Satellite Over the Caspian Sea
via http://www.cnet.com